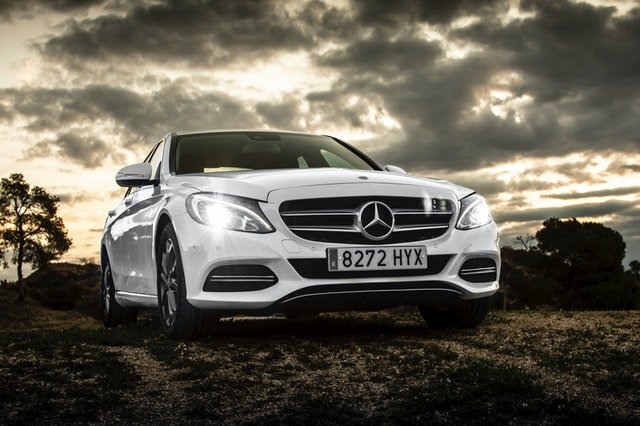 If you’ve been trying to determine when your automobile was registered, the first place to look is on its number plate.

In 1904, the United Kingdom made vehicle registration plates compulsory. It meant that each motor vehicle could be entered in a valid database, allowing police to find them if anything untoward happens to the driver or passengers.

The principles behind identification numbers have remained consistent throughout history. However, they haven’t always indicated the year of registration.

Although the tale is that Earl Russell’s butler lined up overnight to acquire the first UK number plate, which was alleged “A1,” it appears that the initial UK number plate was “DY1,” which was given out in Hastings in November 1903.

The letters W, K, E and N were assigned to the vehicle’s first owner. They weren’t chosen at random; they indicated the city or region where a car was registered, with A representing London, B representing Lancashire, and C representing Yorkshire West Riding. Scotland and Ireland got G, I, S, V , and Z as their initials.

The authorities were running out of numbers by 1932, so they decided to choose three letters and up to three digits in the ABC 123 format.

In the 1950s, some areas began to experience the problem again, and so some local authorities decided to reverse the sequence and start with the numbers, in which case it became known as the 123 ABC structure. In 1959, for example, Mini’s model identification was 621 AOK.

In 1963, a new format was implemented in the form of ABC 123A, with the first digit representing a serial letter and the second two letters referring to the location of registration. The following three digits are sequential, and the final letter indicates the year for the first time in UK automobiles.

By the early 1980s, they’d run out of letters and had to start again with vehicles registered between August and July 1984 reclassified as “A” reg models when I, O, Q, U, and Z were skipped for their resemblance to other letters and numerals.

This time, however, the year designator was placed at the beginning of the number plate rather than the end, resulting in a format that read as A123 ABC.

The system changed in 2001, after being “Y” registered plates, and we now have the system we have today.

How to read modern number plates in the UK

The first two letters of the vehicle’s registration number indicate where it was initially registered. Each local government region is assigned a unique letter code.

The most significant part of a vehicle’s number plate for drivers is the year it was manufactured, as shown in the following letters. If a car was registered between March and August of a particular year, its number plate will simply indicate that. A vehicle registered in Birmingham between March and August of 2002 might be identified as BD02 or 2004 if from, say, 2004.

The 2-digit number at the end of your registration plate indicates the year in which it was manufactured. Cars registered between September 2001 and February 2010 have a two-digit numerical code that begins with 5, with the second digit representing the year. A car registered in Birmingham, for example, may read BD52 or BD54 in 2002 or 2004, respectively.

The first three digits were changed for the first time in 2010, when cars registered between September and February were designated with a six. A vehicle registered in Birmingham during late 2014 or early 2015 would thus be BD64. The second number was also altered in 2020, when it became seven. In 2021, the third digit changed to 7 again, as it had done ten years before. Cars registered in April 2021 at an automobile dealer in Birmingham will read BD21; if they are registered any later than November 2021 but no earlier than February 2022, they will read BD71.)

The second batch of characters is selected at random for identification purposes, following the first code.

Can you put a new plate on an old car?

For example, the “A1” plate that adorned a 1903 Napier is now believed to have been attached to a Mini owned by Coventry businessman, John McDevitt.

What about Northern Ireland?

The format used on Northern Ireland vehicle registration plates (which use the ABC 1234 pattern) does not have a dating system like that in Britain, with the first letter denoting a serial number assigned by the licensing authority and the second two letters signifying the area of licensing.

Northern Irish number plates are sometimes quite sought-after since, with the “AZ” local area signifier in Belfast, motorists frequently obtain combinations like GAZ 1234 or DAZ 1234.

To find out more about number plate, why not visit National Number and read their blogpost about UK Number plate formats?