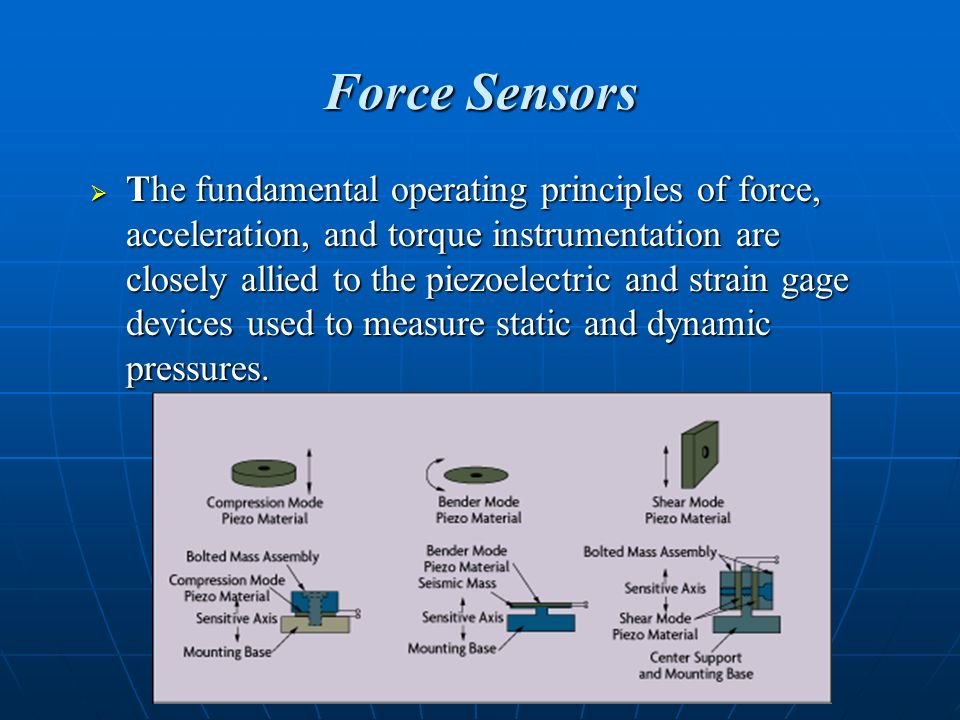 Force sensor is a device used to convert the magnitude of force into related electrical signals. The movement of matter changes is a result of force. The force sensors are able to detect tension, pressure, weight, torque, and other mechanical quantities. They are widely used in power equipment, engineering machinery, and industrial automation systems. The force sensor is mainly comprised of force sensitive component, conversion component, and circuit. As the information collected by Easybom, the force sensors can be classified into three types: strain tube type, diaphragm type, strain beam type, and combination type. Easybom has provided the following information in the hope of helping people distinguish them and use them in the proper applications.

There are 2 or 4 strain gauges attached to the cylinder wall. Half of them are attached to the solid part as temperature compensation gauges, and the other half as measuring strain gauges. When there is no pressure, 4 strain gauges form a balanced full-bridge circuit; when pressure acts on the inner cavity, the cylinder deforms into a “waist drum shape”, which makes the bridge lose balance and outputs a voltage that has a certain relationship with the pressure. This kind of sensor can also use the piston to convert the measured pressure into force and transmit it to the strain cylinder. The strain tube type has simple structure, convenient manufacture and strong applicability. It has a wide range of applications in dynamic pressure measurement of rockets, artillery shells and artillery.

Its elastic sensitive element is a circular metal flat diaphragm with a fixed peripheral. When the diaphragm run into the situation of distortion under pressure, the radical strain and tangential strain at the center meet a positive maximum value, whereas the radical strain at the edge descend to a negative maximum value and the tangential strain is zero. Therefore, two strain gauges are often attached to the positive and negative maximum strain respectively, and connected to a half-bridge circuit of adjacent bridge arms to obtain greater sensitivity and temperature compensation. The circular foil strain gauges are used to fully make use of the strain effect of the diaphragm. The non-linearity of this sensor is significant.

In the combined strain force sensor, elastic sensitive elements can be divided into sensing elements and elastic strain elements. The sensing elements convert the pressure into force and then transmit it to the most sensitive part of the elastic strain element where the strain gauge is attached to. Strain gauge force sensors are mainly used to measure the dynamic or static pressure of the flowing medium, such as the pressure of the gas or liquid at the inlet and outlet of power pipeline equipment, the pressure of internal combustion engine pipelines, and so on.