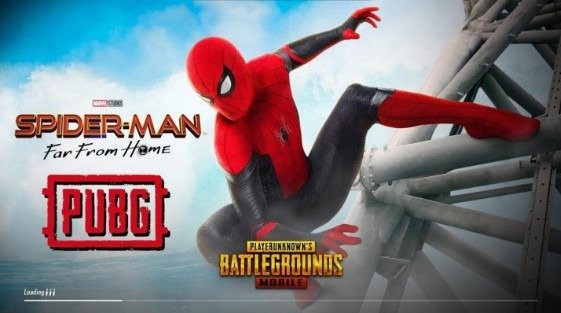 Hey, Gamers New Feature Of PUBG Mobile In 1.8 Update Is Coming. PUBG Mobile Announced Collaboration with Spider-Man No Way Home. Event Is Called Swing Into Spider-Man Zone Welcome to Multiversity. This Event can be played in Classic Matches Named Spider Mode, It will replace Mirror world Mode. If You Are Thinking That You Will Be Spider-Man Here, That’s not going to happen but you can use the abilities.  Flight Path Will is changed with New Spider-Man Animation.  While Players Are In-Plane, They Can Spot Special Location in The Map. Players Have Seen That Those Special Locations Ain’t Fixed In Map But There Will Be Fixed Location At Malta  Power Called Boss Fight Where Spider-man need to Fight against The Boss To Acquire His Ability PUBG MOBILE UC .

Surprisingly, Locations on Map Is Called Vending Machines players can redeem Special items from there. In Those Supply Shop Players Can Redeem Level 3 Helmet, Vest, Bag, M416, M24, M249, First aid, painkillers, ammo Etc. But the Most valuable item will be Riot Shield That Players are using in Mirror World.  Another Valuable item Will be Team Mate Recall Card, Every Player will able to redeem only one card in one match, players can recall 1 of their teammates who is finished in that match. In a Squad match If Two of their Teammate are finished, others will need to use two individual recall cards to bring them back. Another special item is used to find AirDrop Locations, Players Can use it to find the next airdrop and wait there until the next airdrop appears or they can ambush there for the enemy team, it will be shown in the player’s map. While Players are near Vending Machine a pop up will show on the screen.

Now, the Special Location of this Mode will be Mylta Power and it is fixed for every match in this event and it will hot drop in the upcoming Spider mode. Spider Fight will be held in Mylta Power and special abilities will Acquire in the Mylta Power event. This Place will be hot drop because every player will try to take abilities to have an advantage in that match. Players Can find a new alien spaceship near Mylta Power, spaceship will be guarded by Alien Robots, try to kill those robots. Those alien robots contain heavy lots and Gold coins. Gold coins can be used in Vending machines for redeeming. Redeem from Whoever survives Mylta Power Fight is sure they will have Chicken Dinner.

Main Show will start when a player will defeat the Alien Robots who were Guarding The Spaceship, Then Boss Alien will step down from the spaceship and The Boss Alien will try to destroy everything.

At that moment Spiderman Will enter the fight with Boss Alien and will win the fight. After the defeat of Boss Alien, a huge amount of loot will appear. There will be found 2 special items that will give the player Spiderman Ability. One of the abilities is Web Bomb. Whenever an enemy player run over the bomb they will stuck there or their movement will be slow, even any teammates do it they will face the same problem. Players can use this Bomb as a Trap in Buildings while reviving or ambushing. Another one is Web Trap, Players can use it as a trap or they can use it to discover new locations where normally can’t be discovered. Special Powers are unlimited for an individual match.

If you are a new player in PUBG Mobile and want to how the game function simply follows the guide or skip to the next part by Buying PUBG MOBILE UC if you have any cash, wait for it. Nothing can stop you to earn virtual currency.