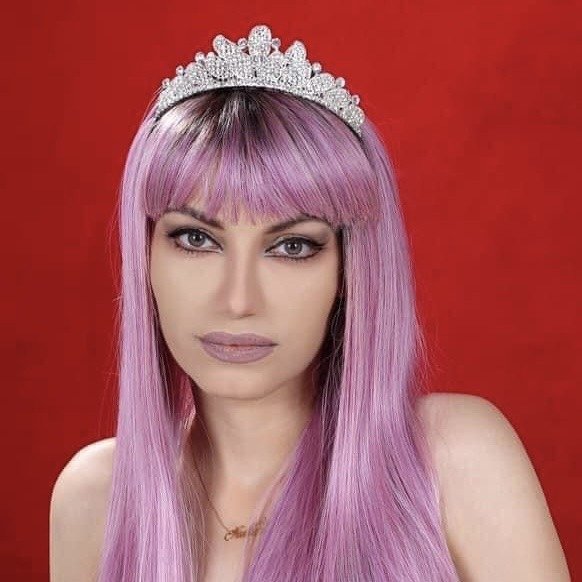 In this century even though it may seem being an artist, as well as blowing up as an artist is relatively easy, every musician understands that it’s not when she gets more serious about her career. There are a lot of artists out there, as the internet gave creative people all over the world the opportunity to show their music, art, etc. to everyone on the Earth, which wasn’t possible in the past. Today, we’re going to talk about a singer, musician and model who stands out from everyone else despite this fact; She is Nastaran Queen.

Nastaran Queen (also known as her Persian name NastaranAfshar) is from the generations of Shah Nadir Afshar and has the blood of the original Bakhtiari’s in iran from mother side, Nastaran was very talented as a teenager and could perform in 4 languages; From childhood, Nastaran wanted to make an impact in this world. She watched her parents struggle her whole life. As a child, she performed songs and poems on stage. This proved to be the motivation for her as a kid. For the past years until now, She has been involved in the Music market. For Nastaran, music is about developing a connection with people, She grew up listening to a variety of music that helped her understand the art better and deeper. At a very young age, She decided to be a musician, singer and has fulfilled her dream, Nastaran Queen graduated as a software engineer from Tehran and then emigrated to Turkey, She met many artists in Turkey and decided to pursue music more seriously. Finally, after living in Turkey for a year, She moved to Los Angeles, California.

Nastaran Queen is an honor to the Iranian community in the United States, She is the first young Persian lady who came to L.A and became singer, at that time there was no female Persian singer in L.A, Nastaran Queen went to lots of auditions in Hollywood movies , Also she was acting in theatre as Lisa for key exchange,Nastaran was greatly influenced and mesmerized some famous, She also was invited for “Hello Ross” show when he has “Kelly Osborne” and “Melanie Brown” (one of spice girls group) as guest, Nastaran Queen was interested in theatre, Nastaran went to acting school at the same time and later became known as a model and actress, On that year she had many offers from great composers to make music, but because her taste in music is very special, She was finally able to collaborate with international composers Cartio Bros (Cameron Cartio and Alec Cartio). 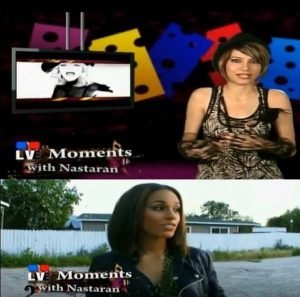 In this picture you can see Nastaran’s first TV show (the director was FarzanDeljou), She started her career as a TV host, Nastaran Queen had her own show and her show was nation wide, All Persian people around world watched her show when there is no Instagram, She also was started her new study as a Doctor in Los Angeles, CA.

Nastaran Queen is determined to create a sound that is ageless and diverse. And as mentioned before Nastaran Queen is fluent in 4 languages (Persian English, Armenian, Turkish), Several of her songs are called “Heyfe Man” and “VayFaghat To” got unexpected love from her fans. This love from her fans all around the world gave an ignition to her talent and encouraged her to improve her skills and present more great tracks on international music market,Nastaran Queen is widely regarded as one of the iranian’s most renowned artists. She has a huge following in the USA and Iran and is expanding her influence around the world. She’s also amassed a considerable fan base on social media and music streaming services. Her ongoing success demonstrates that it is the result of pure talent and hard work, rather than a fluke. Like her name; she is a queen of talents. We will defınıtely hear a lot from her very soon, We cannot wait to see what she brings next to the table in future.

Invite you to watch the wonderful music video called “Shabihe To” by Nastaran Queen and directed by Alec Cartio: