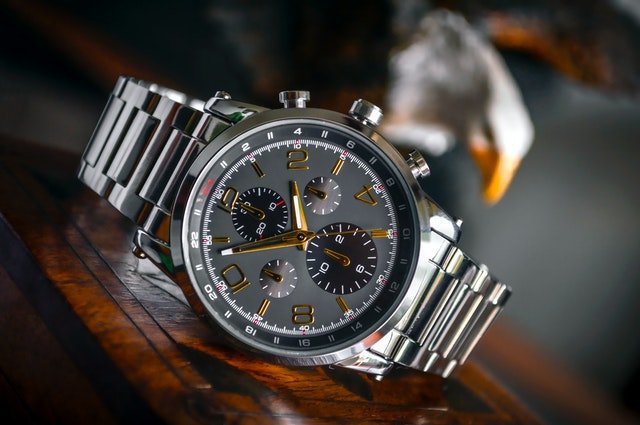 Longines has been hailed as one of the world’s best watchmakers for many years. Longines created the Longines Master Collection to demonstrate their expertise, which is a series of timepieces that feature a variety of complications and functions to demonstrate their expertise. Each timepiece in this collection is powered by a self-winding movement and features a classic design. When it comes to timekeepers, there are numerous options for women.

The Peak of Longines

Auguste Agassiz established a watch manufacturing company in Saint-Imier, Switzerland, in 1832. Raiguel Jeune & Cie was the name of the company at the time, and it was run by Henri Raiguel and Florian Morel, in addition to Raiguel Jeune. Nevertheless, by 1846, both Raiguel and Morel had retired, leaving Agassiz to manage the company on his own.

As a result, Agassiz invited his nephew, Ernest Francillon, to join the company to receive some assistance in running the business. Francillon went on to develop numerous innovations that helped to shape Longines into the company it is today.

Many changes were brought about by Francillon, including the relocation of the company’s headquarters. In 1866, he purchased land in a location known as Les Longines (which translates as “the long meadows” in English) and established a factory there. After a year, the location became the inspiration for the company’s name.

Longines achieved a watershed moment in history in 1878 when they introduced the 20H, the world’s first chronograph movement. The movement provided top-notch precision and accuracy, which made them popular among athletes and other sports enthusiasts.

Longines grew bigger and bigger until they were able to stand on their own two feet again. As a result, in 1880, they stopped purchasing movements from suppliers and began creating and utilizing their movements.

The demand for high-quality watches was high, which coincided with an increase in the number of counterfeit watches being manufactured. Francillon registered the company with the Federal Office of Intellectual Property to protect the company’s intellectual property. Longines’ name and logo are the world’s oldest trademarks, having been in continuous use since 1889 and remaining unchanged.

The Classic Automatic Watches from the Longines Conquest Collection

This two-toned model is available in a bar of rose gold and stainless steel color scheme, which some customers find appealing. Furthermore, it is equipped with an automatic movement that has a 40-hour power reserve and has easy-to-read hour markers. This watch, which costs only US$3,425, is a must-have for any businesswoman who requires an elegant timepiece for business meetings. Meanwhile, the quartz for ladies watches from the Longines DolceVita collection feature a design that is reminiscent of the 1920s. It is worth mentioning that the rectangular-shaped watch is equipped with Roman numeral hour markers, which lends it a more traditional appearance.

Furthermore, it has metallic blue hands that add a splash of color to the overall design. It is equipped with the quartz Longines Calibre L176, which is regarded as a dependable workhorse by watch enthusiasts. The retail price of this watch is US$ 3,675. If you are a fan of small timepieces, the Automatic Diamonds watch from the Longines PrimaLuna collection is a must-have. The hour markers on this 26.5mm beauty are made of diamonds, and the dial is made of a mother of pearl. And beneath the surface, it is powered by a Calibre L595, which has a battery life of 40 hours. This watch has a relatively low price tag of US$ 1,950, which is reasonable for a diamond-studded timepiece.

Users will no longer have to manually adjust their calendars for decades as a result of this complication! From an aesthetic standpoint, this timekeeper has a white background with large Arabic numerals marking the hours on the dial. As a whole, it is a fantastic dress watch to wear to formal occasions, and it is reasonably priced at only US$2,450.

An additional masterpiece to keep an eye out for is the Moonphase GMT from the Master Collection. Because it has four retrograde hands, this model is sometimes referred to as the “Quadruple Retrograde.” These hands are used in the functions of the GMT and retrograde GMT clocks. Aside from that, it has a calendar function and an indicator of the battery’s remaining power. All of these features are available for a total price of US$3,900.

La Grande Classique: Elegant and Sophisticated in Every Way

The Longines La Grande Classique wristwatch was designed for the sophisticated lady who demands a dependable timepiece. All of the models in this collection have a timeless appearance that pays homage to historical traditions. To give you an idea of how small they are, their diameter ranges from 24mm to 36mm.

Its dial is adorned with Roman numeral hour markers and is housed in a yellow gold case, which adds a touch of elegance. Finally, the black leather strap of this watch is ideal because it complements the gold color of the case. Some models, such as the La Grande Classique de Longines Quartz Diamond watch, have a little more bling to them.

This model is powered by a quartz movement (L420), which provides superior performance and reliability. Meanwhile, for US$1,399, you can get an automatic time-only watch with a digital display. The case and dial of the La Grande Classique de Longines Automatic are both champagne in color.

This is a nice contrast to the black Roman numeral markers on the page. Even though it does not have many complications, you can be confident that its L591 caliber will complete the task accurately and precisely. Finally, the black leather strap serves as the finishing touch, bringing the entire ensemble together.

The Longines Flagship: A Traditional Watch

The Longines Flagship collection will appeal to those who appreciate traditional timepieces. When it was released in 1957, it received a great deal of positive feedback from fans.

The watches in the lineup are powered by improved self-winding movements, but they retain the timeless and classic design that people have come to expect from Omega. Its stainless steel case and bracelet are both finished in sunray silver, which complements the dial.

Also notable is the fact that it has a 38.5mm diameter, which is common for dress watches and vintage-inspired timepieces. It is powered by a self-winding L888 caliber that beats at a frequency of 25,200 VPH and has a power reserve of 64 hours.

However, even though it has several complications, its dial is clean against a milky white background. Furthermore, the brown alligator strap elevates it to the level of a formal dress watch. Finally, the Flagship Heritage Automatic is a sight to behold at a cost of only US$1,675.

It has a black minute tracker that moves around just below the hour markers and is visible at all times. This creates the illusion that it is equipped with a pie-pan dial. Furthermore, the gold hands and hour markers on this timepiece are a beautiful contrast to the cream background. It is powered by the L615 automatic caliber, which has a power reserve of 42 hours and is housed within.

Patrons of Longines who are Well-Known

Longines watches for men are of such high quality that they have been worn by some of the greatest minds that have ever lived. Albert Einstein, the world-famous physicist, wore a vintage gold Longines watch from 1929.

The case of the watch is tonneau-shaped, and the Arabic numeral font is from the 1950s. It also comes with a brown leather strap, which is a nice touch. Finally, there is an inscription in block letters on the back that reads, “PROF. ALBERT EINSTEIN LOS ANGELES FEB.16.1931.”

On October 16, 2008, this timepiece was sold at an auction in New York, New York. It sold for a hefty sum of US$596,000, making it the most expensive Longines timepiece ever sold at auction during that period. An additional Longines timepiece that Einstein possessed was a pocket watch that dated back to 1943.

In contrast to his wristwatch, this was not sold at auction and was instead donated to the History Museum in Berne, Switzerland, for safekeeping.

Longines watches for men and women offer excellent value for money, even though they are sometimes underappreciated. The accuracy and durability of these timepieces are unmatched in the industry. Longines is also one of the most prestigious watchmakers in the world, thanks to its long and illustrious history and pedigree. This is why the value of a Longines watch does not depreciate as quickly as other watches.