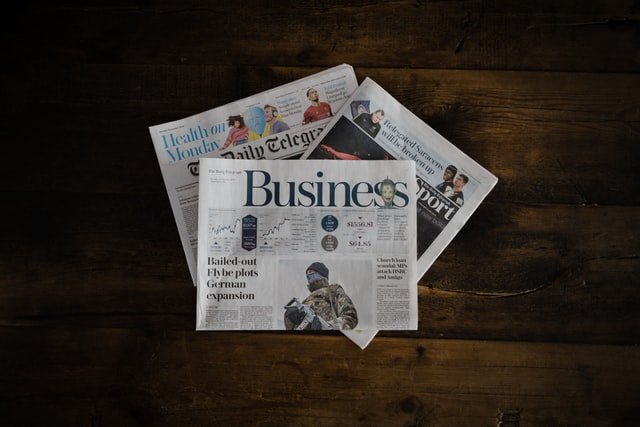 While both convey information to us humans, their characteristics and what they represent, as also what we take them to be could be as divergent as chalk and cheese.

Where the jury is still out on this one, there’re quite a few reasons people prefer one over the other, some solidly justifiable, others mere whims. That said, we take both for their worth and put them before you:

Matters that are erroneous or inconvenient are known to have been pulled off the digital domain. Unless you have your own copy, there’s no way of ever retrieving the same. Try doing the same with a printed copy of a business mag! In all likelihood, and if your resources are intrepid enough, you always stand the chance of getting something positive.

That said, there are a few things about printed business magazines that go against them. Prominent among the cons are:

1. They consume vast quantities of resources

Trees in the northern hemisphere need to be grown in ever-increasing numbers and of a certain modified kind that grows fast to take care of the worldwide need for newsprint, be it for magazines or books. Compare them with the screen of a gadget where the same content can be splashed at far greater speed, with more variety and more importantly, the latest and most correct versions. Trees, felling and transport aside, creating pulp and getting it to the shape of newsprint in humongous quantities devour large quantities of water which is said to affect the availability of potable water that could otherwise be used by both humans and the other denizens on the earth. It doesn’t end there. The water expelled from the system needed extensive treatment to extract chemicals used in the process including corrosive ones like bleach.

Creating paper besides, the process of printing itself is capital, energy, and resource-intensive. Inks are known polluters that have the company of huge machines that aid in the printing, cutting, and sorting besides of publications besides helping manage offices and spaces.

Owning to the above reasons, printed publications remain the preserve of those with deep pockets. Given the significance they hold, besides being resource-rich, such bodies are also known to be close to the power-that-are of most countries (if not all) and time and again are accused of influencing ideas and decisions.

Contrast all the above points with digital publications. Trees, inks, logistics, and the likes are squeezed down to one thing. A gadget’s screen that brings you the same matter in more vivid forms (books can’t support videos, 3D, VFX, animations you see!). And with graphics, images, videos, and films going squarely in the preserve of technology that’s quite evenly priced (SAAS and the others), digital publishing is not the preserve of the powerful and can be done by anyone with the right mindset and ideas.

3. They are entirely at the mercy of those who sponsored in various ways including advertisements

Publications, especially business magazines pricey as they are demand dedicated readers who on the other hand invariably look for the same at justifiable prices. Advertisements are thus the means that make a pricey publication available to the largest number of readers at reasonable prices. But they invariably come with strings attached, most unseen. A paradox, this has held its ground for all these years. Until the advent of digital publication where matters get done at a fraction of the cost otherwise. Without the need for large monies, must digital magazines, while remaining small are in most cases also independent when reporting on critical issues thus making the process more independent, democratic and relatively open.

4. Once printed and read, their worth goes down drastically

Anything worth reading, print or otherwise, loses its worth either entirely or substantially with the reader going thru the content. For this reason, digital magazines, without their need for things physical remain the best option given that they communicate without occupying space, and if deleted from disks, servers, and other storage mediums, may occupy precious little space. Contract this with things physical that create entire archives which may sometimes contain huge quantities of barely-needed content!

Now let’s look at the pros and cons of going digital with business magazines.

Nothing physical in the entire process! Online business magazines or for that matter anything that needs to be read have no physical needs and encumbrances. No pages, paper, trees, treatment, etc. You make it, put it online and the viewer gets to see it almost instantly

Anything online can be updated continually to represent the latest thoughts, ideas, and information. This is a big, big change from the world of print where once printed there’s about no way to change matter without either a rejoinder or a completely new print. A just-arrived-in-print thing doesn’t affect digital publications- even standard PDFs which can be updated and informed to the world immediately or be attached to emails and sent to respective recipients.

Inclusion of other means including graphics, animations, VFX, AR, VR, MR, and the likes.

Anything digital has the advantage of being backed by the latest in technology which these days include servers that can store and play the best in graphics and images. Digital online magazines being mirror images of storage and communications systems that host them have the advantage of being a complete visual treat that contains letters, pictures, moving images, special effects and these days even means to record one’s views, comments, and ideas.

Using means including heat-mapping tools, digital publishers are today in a position to read the minds of viewers, visitors, and readers to provide them exactly what may interest them. This has the effect of retaining visitors and readers to particular publications almost on the same lines as FMCG product marketers. This in fact with the advent of AI and machine learning is leading to a situation where digital magazine publishers know exactly what needs to be put to increase circulation and readership which could have a bearing on advertising and even editorials and articles. This is possibly the biggest differentiator from things more physical were discerning the needs and ideas of readers was a task in itself that took way too much time and resources.

It would be patently false to say that digital magazines have no cons. They do, and quite a few which include:

The presence of a dedicated gadget!

Books and mags at the dentists’ you pick up and read as a matter of habit. Can you ever think of doing the same with a digital publication? Never! Readability in certain cases is best with the physical printed magazines that no gadget can ever come close to.

Books and magazines may seem a drain on resources. They could actually be under certain circumstances. That said when one adds issues including maintenance, up-gradation, presence (or absence) of electricity, books, and magazines in physical forms may sometimes seem a better choice. Take the case of India’s rural hinterlands that are notorious for power outages and lack of means to maintain or repair gadgets. The only option could be print.

Places like the African continent and India have language diversity that has yet not been addressed by the digital age making them rich grounds for regional publications- including the Best business magazine. Given the rather diverse and often limited readership per language, the print could rule the roost for quite some time.